As discussed in a prior post, a major issue for President Theodore Roosevelt in his first term was whether and how to enhance federal regulation of railroads and other companies engaged in interstate commerce.

Two accomplishments on that issue stand out: conducting a successful federal antitrust case against the Northern Securities Company, as covered in another earlier post, and pressing for the enactment of a new statute (the Elkins Act) to increase the power of the Interstate Commerce Commission (ICC) over railroad freight rates.

Now we examine the circumstances relating to the enactment of that statute.

In 1887 the Interstate Commerce Act was enacted in response to rising public concern over the growing power and wealth of corporations, particularly railroads. Railroads had become the principal form of transportation for both people and goods, and the prices they charged and the practices they adopted greatly influenced individuals and businesses. In some cases, the railroads were perceived to have abused their power as a result of too little competition. Railroads also had banded together to form pools and trusts that fixed rates at higher levels than they could otherwise command. 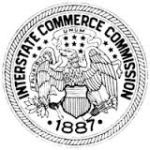 By 1901, however, it was apparent that large shippers were able to obtain discounts or rebates and that the ICC was not effective, and the ICC had notified the administration about abuses within the railroad industry. In addition, a large segment of the population supported efforts to regulate the railroads because so many people and businesses were dependent on them.

President Roosevelt then began advocating for new statutes to remedy these weaknesses:

In early 1903 the U.S. Department of Justice prepared a bill to remedy the perceived deficiencies in the ICC and submitted it to the Congress. By February of that year Senator Stephen B. Elkins, Republican of West Virginia and a member of the Senate Committee on Interstate Commerce, predicted that Congress would adopt a railroad anti-rebate bill that would satisfy the Administration as well as fair-minded railroad executives. Elkins and his wife, by the way, owned coal mines and a coal railroad, the latter of which in 1902 had been sold, and were friends of railroad interests.

That month (February 1903) what became known as the Elkins Act unanimously was passed by the Senate and approved by the House by a vote of 250 to 6. On February 19th Roosevelt signed the Elkins Act (An Act to further regulate commerce with foreign nations and among the States, 32 Stat. 847, ch. 708 (1903).) Although it was called the Elkins Act, it really was drafted by the President of the Pennsylvania Railroad, which resented being pressured by shippers to grant rebates. Other railroads supported the measure for the same reason with an estimated 10% of all railroad revenues being paid out in rebates.

The Elkins Act made it a misdemeanor for a railroad and its directors, officers and agents willfully to fail to file with the ICC and publish its freight rates or failure “strictly to observe” those rates. It also was a misdemeanor “to offer, grant, or give or to solicit, accept, or receive any rebate, concession, or discrimination” in such rates. All such misdemeanors were punishable by a fine between $1,000 and $20,000. The ICC alone was not empowered to make these determinations; instead the ICC had to petition a federal circuit court to do so and to enjoin any such violations.

Immediate Reaction to the Elkins Act

President Roosevelt in his Annual State of the Union Message on December 7, 1903, applauded the progress over the last year in the “exercise of supervision over the great [interstate] corporations and combinations of corporations.” This included congressional approval of the Elkins Act that has “secured equal treatment to all producers in the transportation of their goods, thus taking a long stride forward in making effective the work of the [ICC].”

The ICC itself in its Annual Report of December 15, 1903, emphasized that the Act was targeted “to prevent or more effectually reach those infractions of law, like the payment of rebates and kindred practices.” The Act also simplified the method of proving discrimination or rebates by making the violation the charging of a rate less than the published rate. In short, the Act is a “wise and salutary” statute correcting “serious defects in the original [Interstate Commerce Act of 1890] and greatly aided the attainment of some of [its] purposes.” However, the ICC noted that it had “no power to determine what rate is reasonable, and such orders as it can make [about rates] have no binding effect.”

Others criticized the Elkins Act’s failure to grant the ICC power to determine reasonable freight rates and the Act’s elimination of imprisonment for violations whereas the supporters of the measure thought that elimination would encourage firms to testify against each other and thereby encourage compliance with the law. Many merchants started agitating for new legislation granting the ICC power to suspend freight rates on complaint.

I have not found any commentary about the Elkins Act by W. C. Brown, my maternal great-great-uncle and then a Vice President of the New York Central Railway.

However, in an April 18, 1907, speech at the Buffalo, New York Chamber of Commerce, he said, “I am firmly and unalterably in favor of regulation of railroads by the Nation and States.”[2] This comment came after he had stated that “the railroads were being operated intelligently, skillfully, vigorously to the last limit of capacity. Yet almost any other business has offered higher and more certain returns than railroads, and it will be impossible for railroads to raise needed capital unless such investment will be reasonably attractive and secure resulting from assurance of reasonable cooperation and protection. This will be difficult in light of extreme hostility and indiscriminate agitation that has resulted in unjust and harmful legislation in many states.”

Brown returned to this theme in February 1908, when he said, “The principle of the control and regulation of railroads by the nation and the several States has been accepted in good faith by the railroads, and they have entered upon the task of adjusting their operations to the changed conditions resultant upon laws recently enacted.” His only caveat was railroads’ needing “a fair and impartial hearing and the . . . right to appeal to the courts to prevent injury or to secure redress of injustice.” [3]

In the New York Central’s annual report for 2009, Brown said, “Governmental regulation of railroads, within proper limitations, is of benefit to the public, to the railroads, and to those who hold their securities.” [4]

Therefore, it was not surprising for Brown to say in a September 26, 1910, letter to “My dear Col. Roosevelt,” after Roosevelt was out of office, “During your term as President, as you know, I steadfastly supported your ideas in regard to Corporations.”[5]

[5] This letter (Image (# 93-0659) was provided courtesy of the Library of Congress Prints and Photographs Divisions and Theodore Roosevelt Center at Dickinson State University, http://www.theodorerooseveltcenter.org.The letter’s salutation of “Col. Roosevelt” was a reference to his having served as a Colonel in the U.S. Army’s Rough Rider Regiment in the Spanish-American War, where he was hailed as a hero for leading a charge  up San Juan and Kettle Hills in Cuba, and to Roosevelt’s preference to be called “Colonel” by those close to him. Why did he prefer to be called “Colonel” instead of “Mr. President”? I suspect it was his desire to emphasize his personal physical bravery in armed combat.

As someone who currently is investigating certain aspects of Theodore Roosevelt’s presidency,[1] I was happy to learn that this Fall PBS  will be broadcasting noted documentarian Ken Burns’ The Roosevelts: An Intimate History.

In seven parts totaling 14 hours, the documentary “chronicles the lives of Theodore, Franklin and Eleanor Roosevelt, three members of the most prominent and influential family in American politics.”

In June I enjoyed watching PBS Previews: The Roosevelts that whetted my appetite for the full series.

[1] Prior posts have reviewed (a) the election of William McKinley and Theodore as President and Vice President in the election of 1900; (b) Roosevelt’s involvement in that election; and (c) the assassination of President McKinley and the swearing in of Roosevelt as President. Future posts will canvas Roosevelt’s first term (1901-1905) regarding regulation of railroads, his “re-election’ in 1904 and his second term (1905-1909) regarding such regulation.